(Scroll down for full story and photos and videos)

This is the story of a family with a desire to give back to our community in a way that  bridged language and ethnic differences, filled an important need, and brought happiness to everyone involved.

On August 22, 2018, under the Spanish American Center’s large tent and clear blue skies, a gathering of excited children, staff, volunteers, and parents waited eagerly. Suddenly a white van driven by Gretchen Aubuchon who, accompanied by her three children, Liam (William V), Burke and Lucy, pulled into our driveway which was already filled with children and parents who had been attending this summer’s nutrition sites and activity programs. Gretchen and SAC Volunteers and staff began to unload their  cargo: 100 colorful backpacks filled with much-needed school supplies which the Aubuchon children purchased, selected and filled! 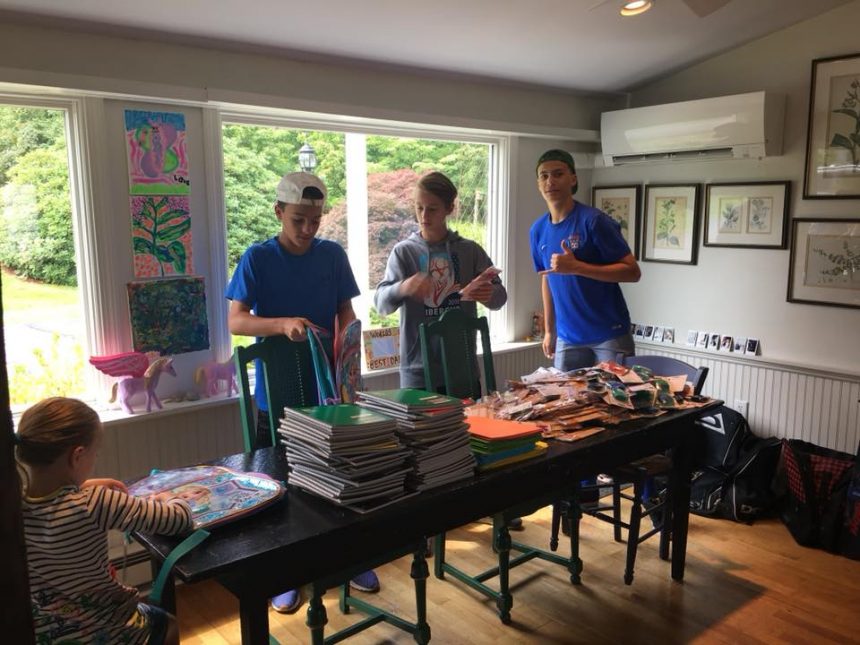 Aubuchon family and friends from the New England Football Club (NEFC) Soccer team and  the Eisl family help with sorting and filling backpacks as they prepare for donation day!

This generous act began when the family met with Fran Longton, Volunteer Center Manager for the United Way of North Central Massachusetts to discuss their wishes, and to gather some input and suggestions from Fran, who, through her experience at UWNCM, has a unique knowledge about community agencies and their unmet needs. During this meeting the idea of donating filled backpacks with school supplies to the Spanish American Center (with a special focus on displaced children and families from last year’s devastating hurricane in Puerto  Rico) was developed. This idea became an action plan, and the Aubuchons then gathered the supplies and purchased age-appropriate book backpacks and organized friends from the boy’s local soccer team  (New England Football Club – NEFC) and the Eisl family to assist in filling them. (photos below). 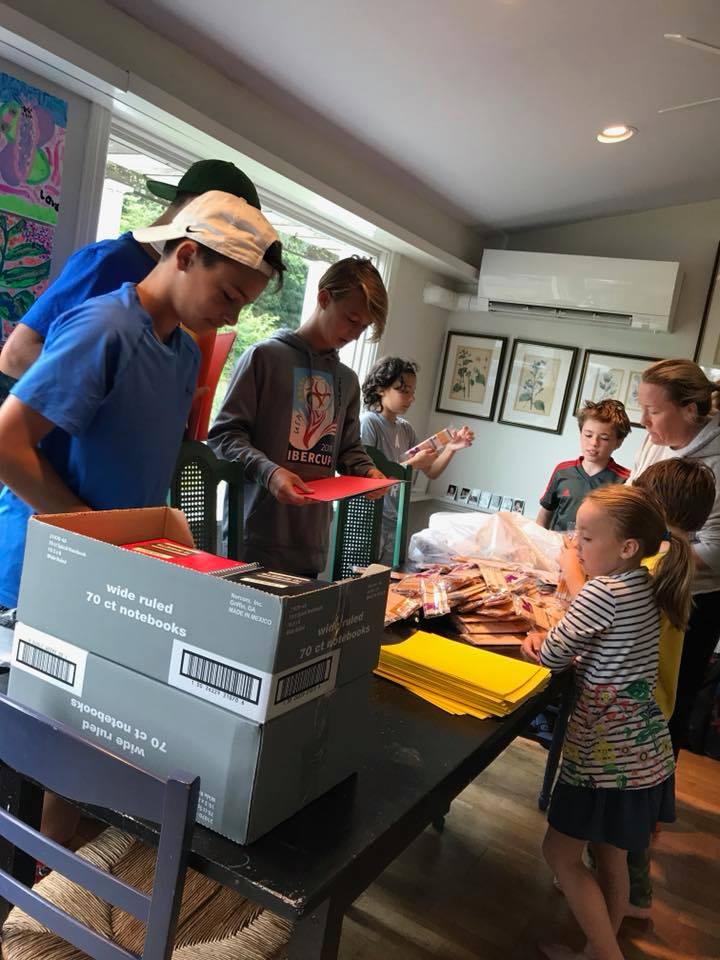 Thumb’s up! Getting ready – backpacks, pencils, notebooks and folders! 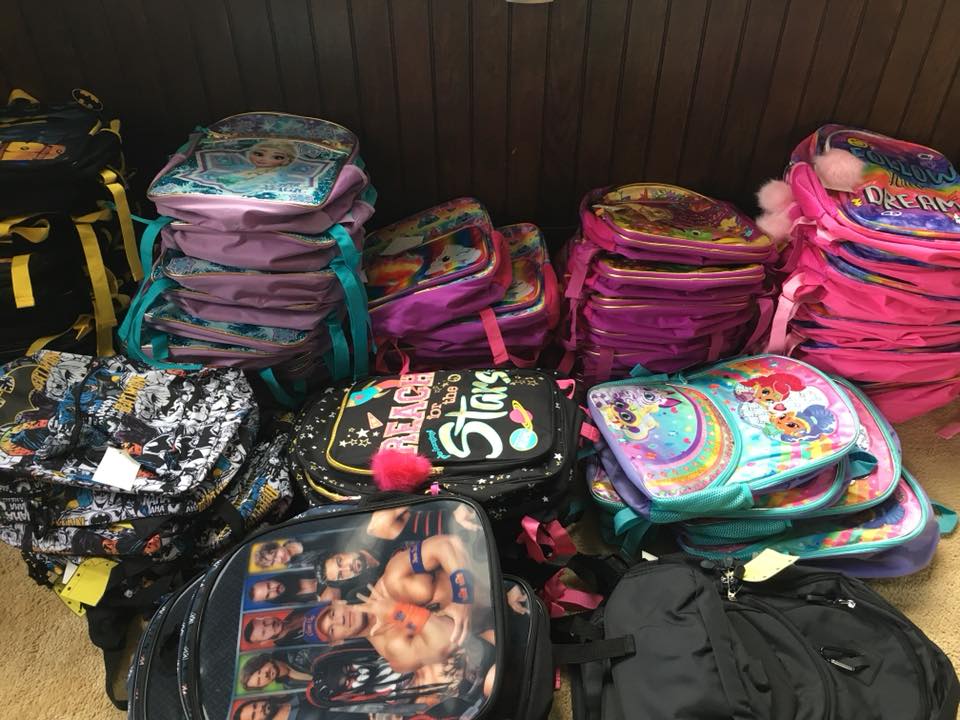 Assortment of backpacks waiting to be filled.

SAC’s Board President, Mr. Richard Letarte introduced the Aubuchon family and offered thanks on behalf of the Center; below, Mrs. Gretchen Aubuchon talks about the gifts! 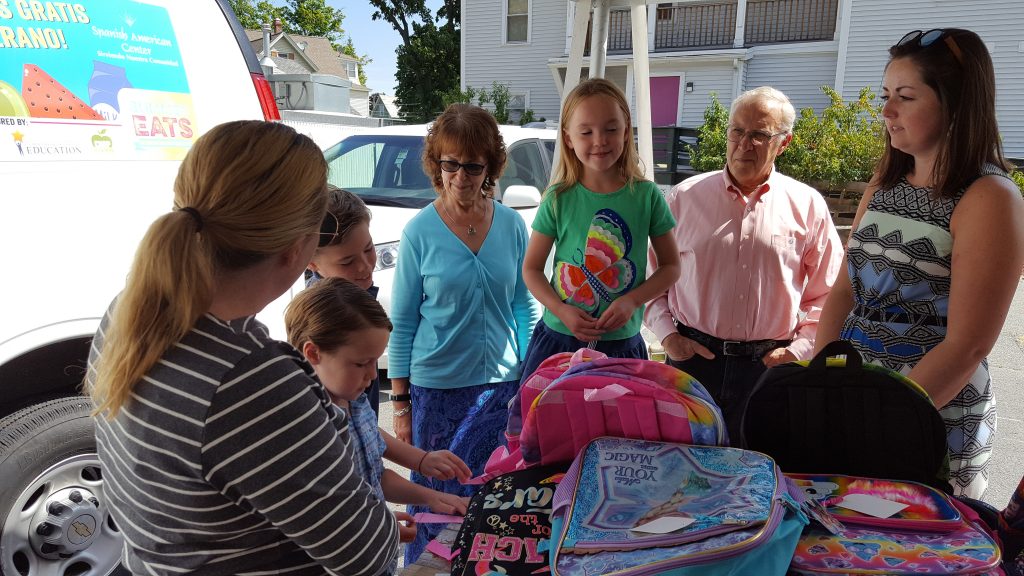 The backpacks were a big hit: 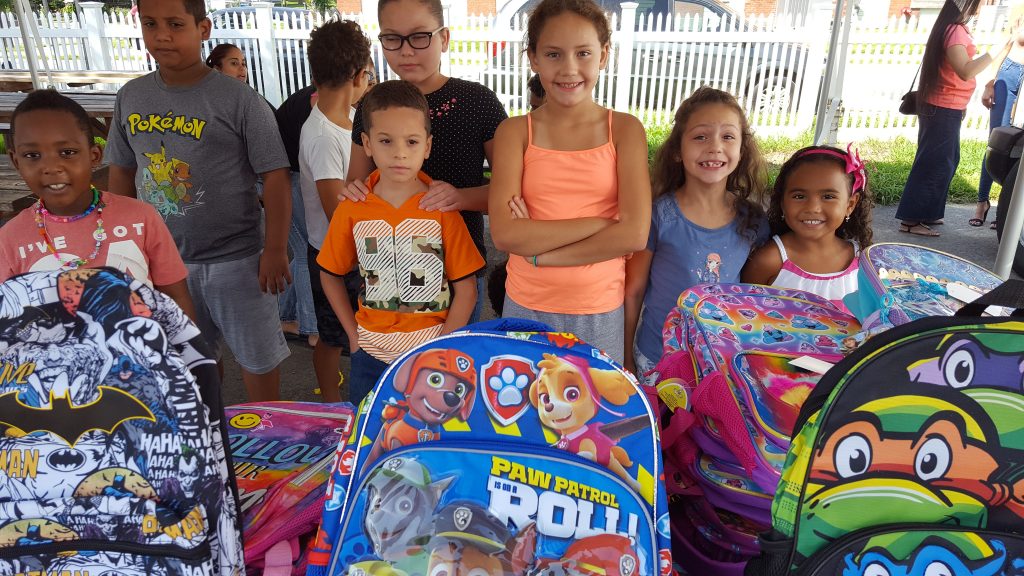 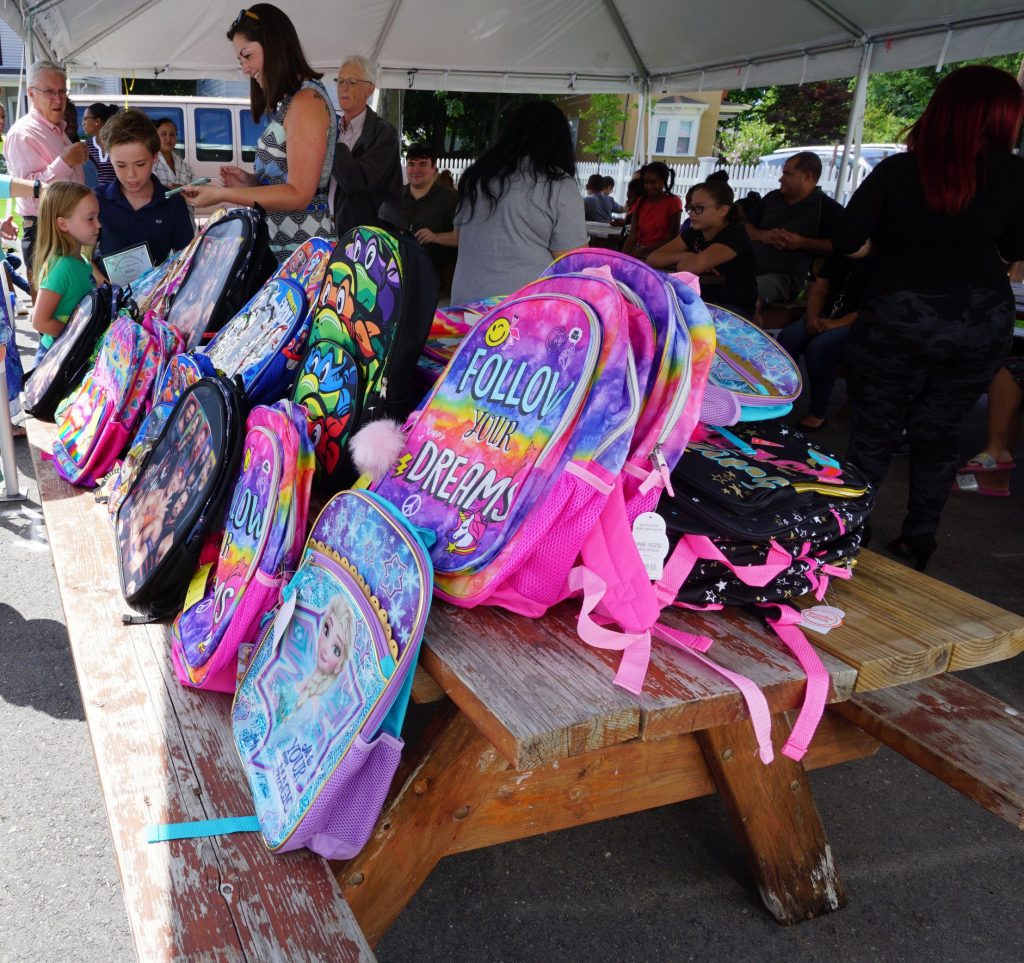 Trying them on for size! 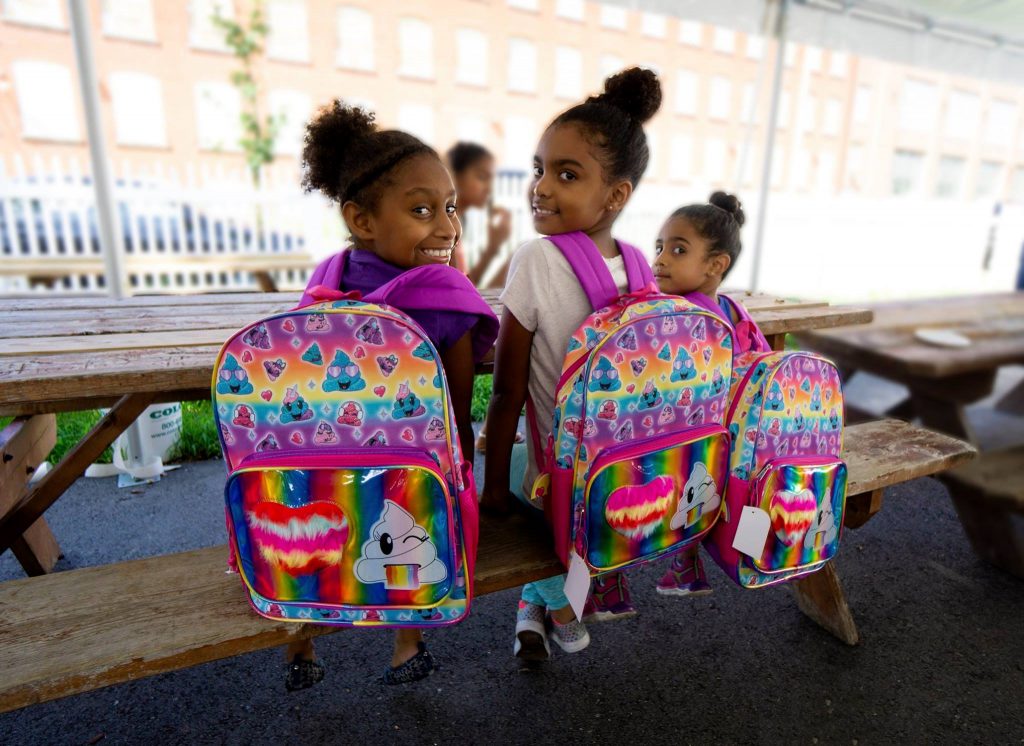 Their smiles say it all! Nice fit. 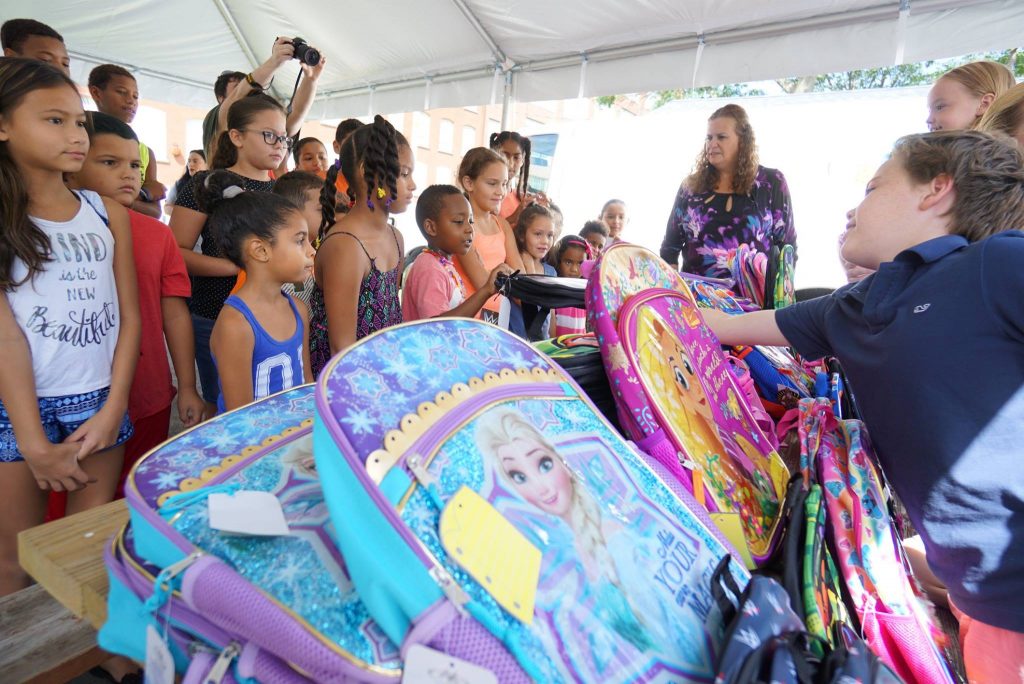 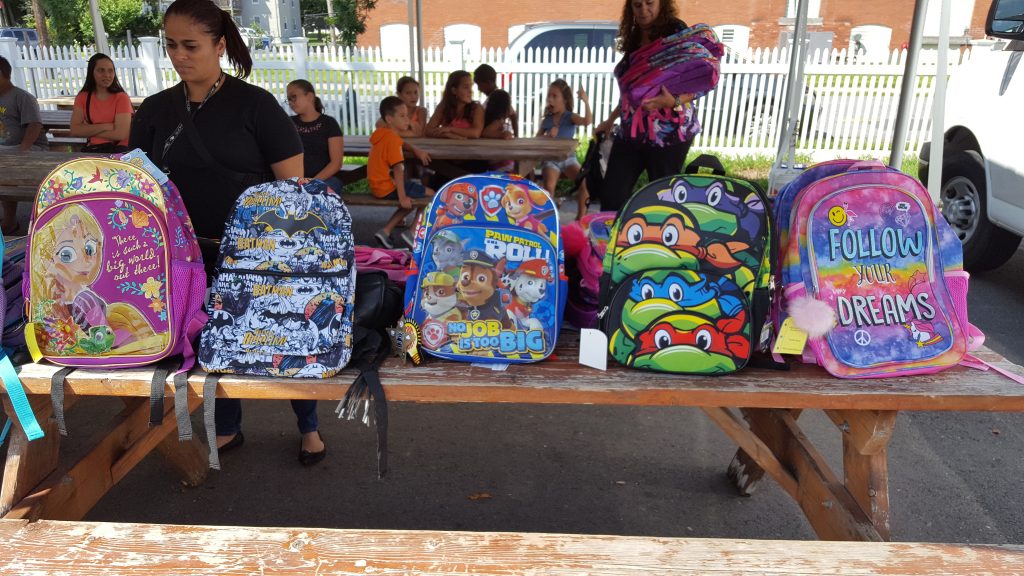 A choice for everyone! 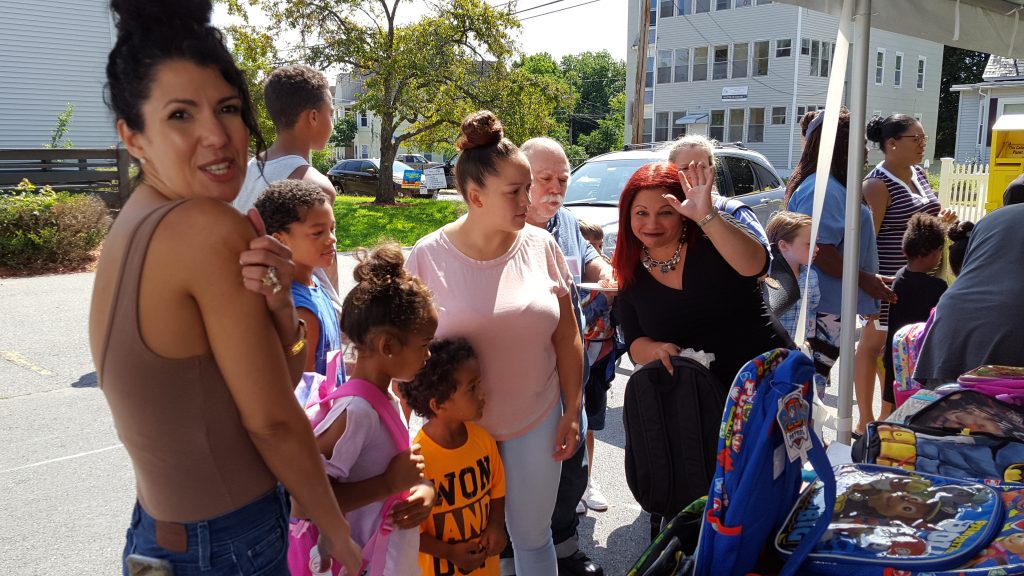 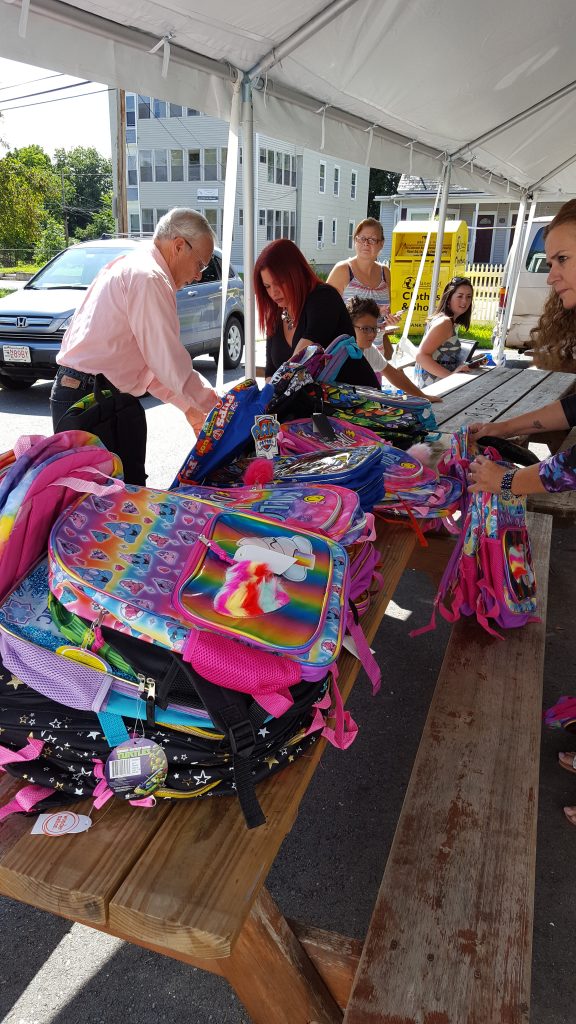 In recognition of the Aubuchon family’s incredible civic minded actions, Representative Natalie Higgins’ Office presented the children each with official citations from the Commonwealth of Massachusetts House Of Representatives, acknowledging their donations: 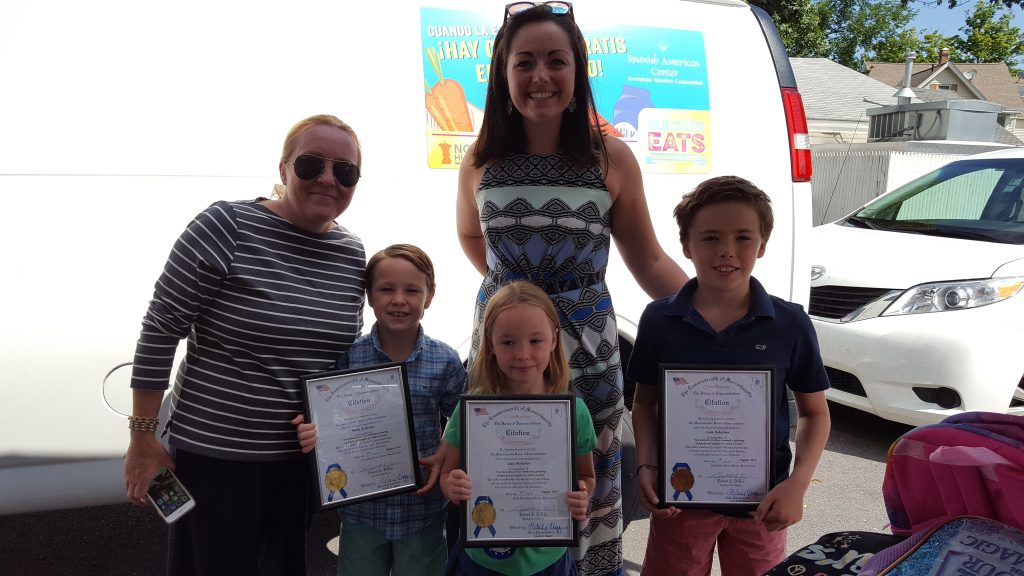 We also want to thank SAC Staff Yemni Tahis Mendez and Tamara Castro, SAC Board Member Silvia Taurino and SAC volunteers for the lovely trays of refreshments, for arranging the children to be present at the Center and for the great job coordinating delivery of the backpacks for the children who could not be there due to transportation problems. It was a team effort with wonderful results!

¡Muchas Gracias a todos! Many thanks to all!

THANK YOU to Jean-Pierre Boissy, SAC Advisory Board Volunteer for photos and Videos; thank you Gretchen Aubuchon for photos of the backpacks being assembled; thank you to UWNCM for photos as well.